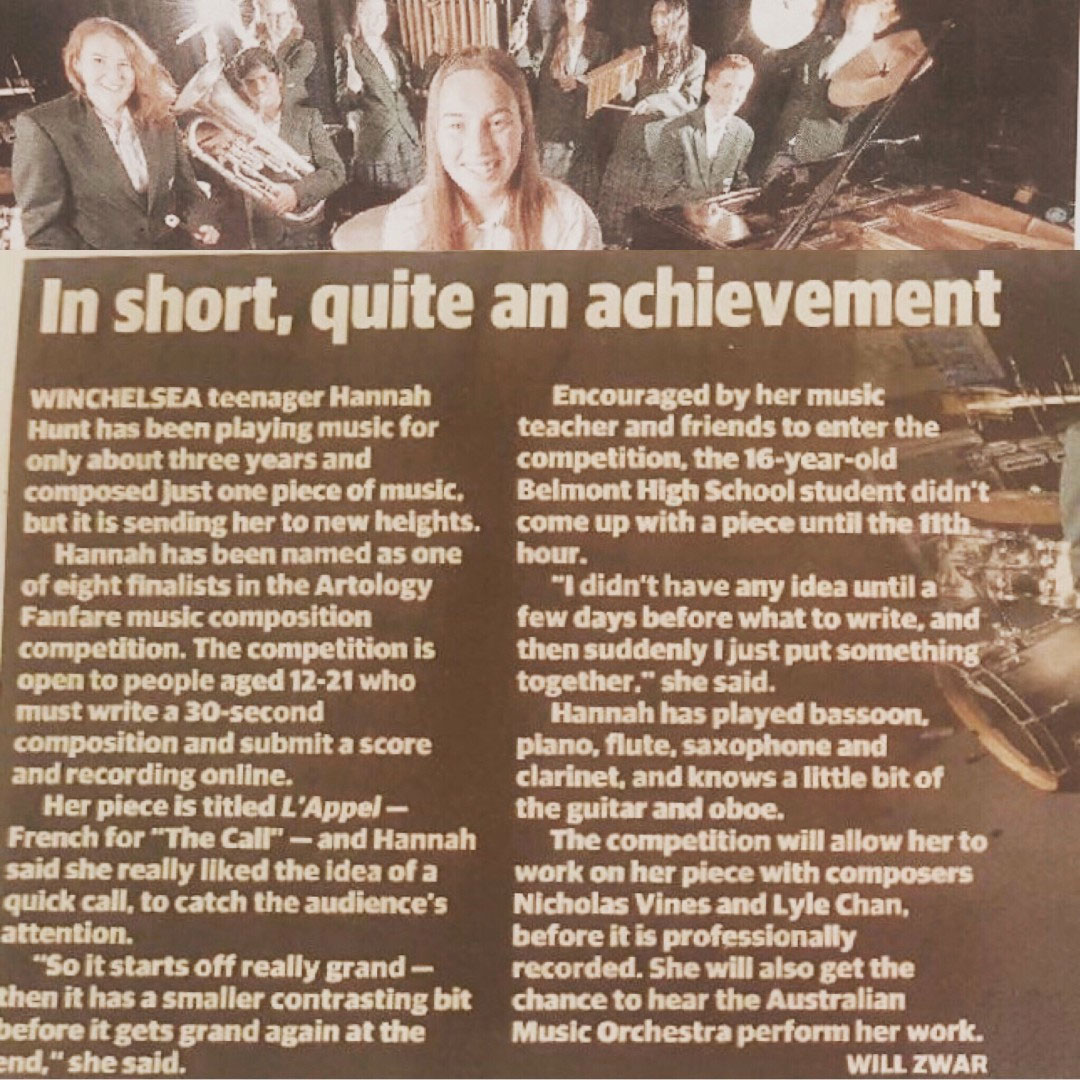 In short, quite an achievement

Winchelsea teenager Hannah Hunt has been playing music for only about three years and composed just one piece of music, but it is sending her to new heights.
Hannah has been named as one of the eight finalists in the Artology Fanfare Music Composition Competition. The competition is open to people aged 12-21 who music write a 30-second composition and submit a score and recording online.

Her piece is titled L’Appel – French for ‘the call’ and Hannah said she really liked the idea of a quick call, to catch the audience’s attention.

“So it starts off really grand – then it has a smaller contrasting bit before it gets grand again at the end,” she said.

Encouraged by her music teacher and friends to enter the competition, the 16-year-old Belmont High School student didn’t come up with a piece until the 11th hour.

“I didn’t have any idea until a few days before what to write, and then suddenly I just put something together,” she said.

Hannah has played bassoon, piano, flute, saxophone and clarinet, and knows a little bit of the guitar and oboe.

The competition will allow her to work on her piece with composers Nicholas Vines and Lyle Chan, before it is professionally recorded. She will also get the chance to hear the Australian Music Orchestra perform her work.