Recording day … round the corner 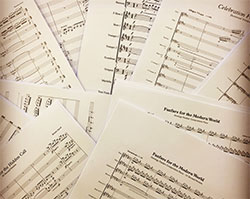 Over the past couple of months this year’s eight selected Fanfare participants have attended workshop sessions to finalise their compositions with our mentor composers Lyle Chan and Nicholas Vines. The final scores and parts landed at the Australian Youth Orchestra office this week and are now in the hands of the musicians.

We can’t wait for the recording day on Saturday 2 September at Trackdown Studios. 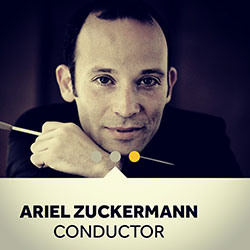 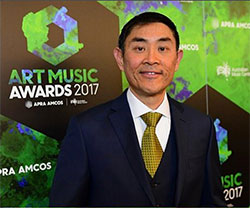 Congratulations to Lyle Chan for winning Orchestral Work of the Year at the recent Art Music Awards ceremony held at City Recital Hall on Tuesday 22 August. Lyle’s Serenade for Tenor, Saxophone and Orchestra (“My Dear Benjamin”) with text by Benjamin Britten and Wulff Scherchen is an epic piece based on letters written between the great English composer Benjamin Britten and his first love – a young German man named Wulff Scherchen. Their relationship was shattered by World War II when Wulff was incarcerated as a prisoner of war. ...See all winners

We are pleased to announce Kailesh Reitsman (aged 19) will be undertaking this year’s mentorship with the Australian Theatre for Young People. He is currently studying a Bachelor of Music – majoring in Composition and Music Production – at the Australian Institute of Music.

Kailesh will be working with the fabulous Stephen Francis to create the sound design for Wonder Fly. The season runs 8-18 November – it’s a great program. ... See details.

Artology is supporting a new project for Indigenous creatives to submit original concepts for a chance to have it turned into Australia’s next online breakout series. If you have an idea submit online by Monday 28 August. ...See details.

Another great project supported by Artology is The Passion Films. The Passion is an ongoing series of intimate short films, capturing some of the world’s most exciting actors in exclusive, commissioned performances, exploring and re-imagining key texts and modes of performance in contemporary settings. …See Alice by Noel Coward (a modern fairytale) starring the amazing Sarah Snook.

Music : Count Us In 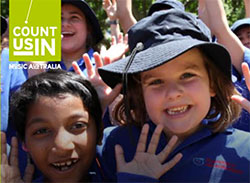 Music: Count Us In exists to advocate for and celebrate music in Australian schools. In 2017, our national Celebration Day will be held on Thursday 2 November where students all around the country will sing this year’s song ‘Shine Together’. …See how your school can take part.