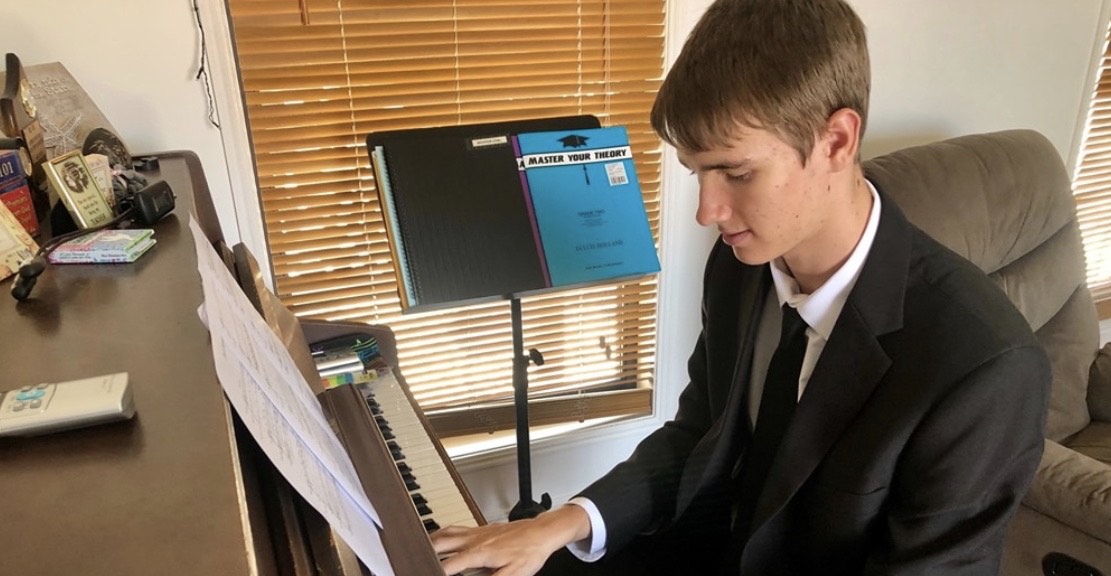 Read the article from Bundaberg Now:

Inspired by John Williams’ Star Wars theme from a young age, Andrew said his composition of A Call from Space reflected on the uncertainty of space, and what it could bring.

“Its purpose, bringing everyone in to witness the unknown,” Andrew said.

“I want to catch the audience’s attention with something unique.

“When composing it, I focused on creating something simple that pops out, as I believe the best way to connect to an audience is to allow them to forever remember the tune that is projected into their minds.

“This is also why I used trumpets and French horns in octaves, as I wanted to use these two brass instruments to achieve a melody that pops out.”

Artology received more than 100 Open Fanfare entries from young people across Australia aged 12-21 year to take up the challenge to come up with a 30-second musical work to stop listeners in their tracks.

Andrew is one of 16 young composers who will now have the opportunity to work with mentors Nicholas Vines, Lyle Chan, Nicole Murphy, Alexander Voltz and Chrysoulla Markoulli to develop their ideas further, and have a concert performed at QPAC with the Queensland Youth Orchestra.

Andrew said music had always been a part of my life, with both of his parents being musicians.

“I am fortunate to attend a school which has a vibrant music department,” Andrew said.

“This has given me many opportunities to explore my musical gifts.

“I have found my passion in film scoring as I find this genre best suits my musical ideas.”

Andrew entered his first international scoring competition in 2018 and composed for his first documentary film with some other local composers at age 15.

“Since then I’ve gone on to win an ASME (Australian Society of Music Education) Senior Instrumental Composition Competition and made finals in my second ever international competition.

“I have many pieces performed locally and internationally.

“I’m now working on game music along with short films with my friends in which I’m hoping will release my music into the world.

“I currently compose music for games internationally, including being featured on Roadblocks Star Wars games.

“I am very excited about the future and hope to study film scoring once I leave school.”

Andrew’s mother Nikki Udal said she was extremely proud of him, and all his hard work, dedication and passion was paying off.

She said Andrew had also been awarded a Regional Arts Development Fund grant from Council for a composition to be broadcast later this year.