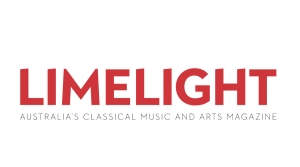 Three young composers describe the new works they have written as part of Artology’s 2021 Fanfare competition, which will be performed along with nine other fanfares in Brisbane this week.  Read the article on Limelight Magazine, here.

Now in its eighth year, Artology’s Fanfare Competition calls on young people aged 12-21 to express themselves with a 30-second piece of music. A strong musical background isn’t required, instead the competition is looking for young composers with “something to say” in a fanfare, which needs to draw the audience’s attention to the call to take their seats.

On Wednesday, new fanfares by 12 of this year’s entrants will be premiered by the Queensland Youth Orchestras’ Chamber Orchestra in concert. Three of these composers – Jonathan Platz (age 13, from Atherton, Qld), Dion Spyropoulos (19, from Templestowe Lower, Vic) and Jennifer Gao (18, from Parramatta, NSW) – have written about their experiences as part of this competition, and tell Limelight a little of the backstory behind their pieces. 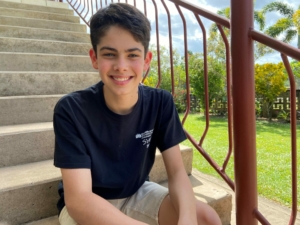 Being a part of this year’s Fanfare Competition has been a great honour. The experience of composing a short musical flourish that has something to say was initially met with a mix of excitement and intimidation. The possibilities were infinite. To guide me in the early stages, I listened to past fanfare entries. Another source of inspiration was Tchaikovsky’s Romeo and Juliet. His use of dramatic and intense passages seemed well suited to a fanfare.

Once I had formed a clear idea of the compositional elements that would shape my piece, I began the creative journey of composing. It was December 2020.

Proclamation begins with a dramatic opening where the orchestra plays a sudden forte unison. This is followed by a bold ‘call’ from the French horns and trumpets. The succeeding ominous low strings create atmospheric tension before the first quick outburst from the wind and string instruments provide a boost of energy. This is achieved through the use of rising demisemiquavers in the flutes and violins, and a triplet semiquaver passage in the oboes and clarinets. During this, a rhythmic variation of the ‘call’ theme is played by the French horns and trumpets. A new theme is then announced which offers a brief and more tempered moment before the ‘call’ motif returns. This leads into the dramatic close; a flurry of descending and ascending notes which crescendo to deliver a powerful end to the piece. Proclamation was chosen as the title as it seemed fitting for a bold piece designed to capture the audience’s attention.

Due to COVID lockdowns in July and August 2021, the planned workshops in Sydney were instead held online. The pandemic may have kept us physically separated, but we were to experience how music had the power to bring us together. The workshops provided a platform to introduce our works and receive feedback from experienced mentors and fellow composers. It was during these workshops that my mentor, Jessica Wells, offered critical advice about phrasing for strings and ways I could improve my use of dynamics. Her teaching episode on the basic guide to parts formatting also provided the skills and knowledge needed to finalise my fanfare, ready to hand over to the musicians.

Of course, the highlight of my Fanfare experience will be to finally hear Proclamation played live by the Queensland Youth Orchestras at The Old Museum in Brisbane.

I’d like to thank the team at Artology for making this experience possible. Special acknowledgement must go to Philippa Horn and this year’s team of mentors, Nicholas Vines, Lyle Chan, Chrysoulla Markoulli and Jessica Wells. Your support and advice have assisted me in my composing journey. Thanks must also go to the Queensland Youth Orchestras for all the time they’ve invested into bringing our fanfares to life. 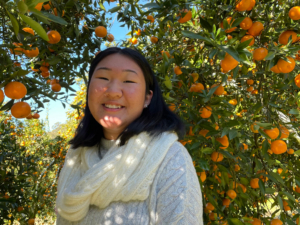 “You would want the performers to have fun playing your piece,” said Jessica Wells during the Artology Fanfare Competition mentoring session.

Such a simple but resonating comment. It’s helped me to realise that this is the kind of composer I want to be, because fundamentally music is to be enjoyed, whether listened to, performed or composed. What Jessica said has been a major driving force behind my piece, Funfair Fanfare.

I must admit, I’m a sucker for “punny” titles for my compositions as it serves some charm and (hopefully) is worthy of a chuckle to those who are reading! So as this title suggests, my fanfare is inspired by and composed for the opening of a grand circus show, the undivided attention of the audience. I accentuated the fun, bizarre, and “wacky” qualities of a circus show through playful tone colours, anticipating glissandos, and essentially a musical work ripe with character.

I’ve had somewhat of a love-hate relationship with Funfair Fanfare, and the piece has undergone immense change since my first submission. At first, I was quite committed to creating intentional chaos in the piece to portray the chaotic nature of the circus environment, but I was doing so by disregarding rudimentary rules of composition. Ironically enough, the intentional chaos turned my piece into chaos itself, and I was left with a web of muddy chord voicings and clashing harmonies.

Untangling this web, however, was a chance to learn with the guidance of mentors like Jessica and fellow peers. I learnt to understand my intentions as a composer and reflect them through my music, along with technical skills to add to my compositional toolkit. I’ve celebrated moments when things I added sounded great, and been proud of how far the piece had come. I can’t say I haven’t enjoyed every second of this experience.

I’m grateful for the opportunity I have been given by Artology, to expand my knowledge by learning from Jessica and the other participants, and the chance to build positive composer-performer relationships. The Fanfare Competition called me to stop clowning around (ba-dum tss) and cultivate my ability to compose.

Currently studying in my first year of Composition for Creative Industries at the Sydney Conservatorium, I’m absolutely thrilled to achieve the milestone of having my work performed. The experience of seeing Funfair Fanfare performed live will undoubtedly continue to motivate me. But more importantly, watching performers and the audience have fun while playing or listening to my piece will be a feeling like no other. Hair Fanfare is a catchy little tune written for the Artology Fanfare Competition, capturing the joy that can be found in tiny oddities. The main theme came to me during those first hard lockdowns here in Victoria. Whenever I was feeling restless, I’d find myself reflexively distracting myself with the humour of my situation – the little quirks and patterns that arose in my restricted lifestyle. One consistent source of entertainment was seeing my hair grow out while I was too afraid to go to the hairdresser. I just ended up with this ridiculous shaggy mess of hair, but since I wasn’t going anywhere or seeing anyone, it was just for me – and it was hilarious. So, this short piece is meant to reflect that desperately embellished sense of humour we find in times of crisis.

The music itself definitely also has a subconscious influence from some of the Greek folk music I grew up with – specifically songs of the Hasaposerviko style. I wasn’t fully aware of this influence when I first wrote the melody, but since I’ve begun reflecting on my musical roots, I’ve realised how much of an impact growing up with non-Western music has had on my approach to composition. So as an orchestrator for this piece, I took inspiration from the folk-derived orchestral compositions of Zoltán Kodály and Maurice Ravel. With the premiere of Hair Fanfare and with my future work in music, I hope to demonstrate how any culture can find a foothold in the professional musical world.

Additionally, as part of the Fanfare program, I’ve had the wonderful opportunity to undergo a mentorship with Syrinscape. Syrinscape is a company that creates interactive dynamic soundscapes for tabletop roleplaying games. As someone who’s been running Dungeons & Dragons games for over four years, this is the perfect intersection of my passions and I’m incredibly grateful to have this opportunity. These games always bring such strong inspiration for sound and music, so it’s wonderful to be working with the lead innovators of that process.