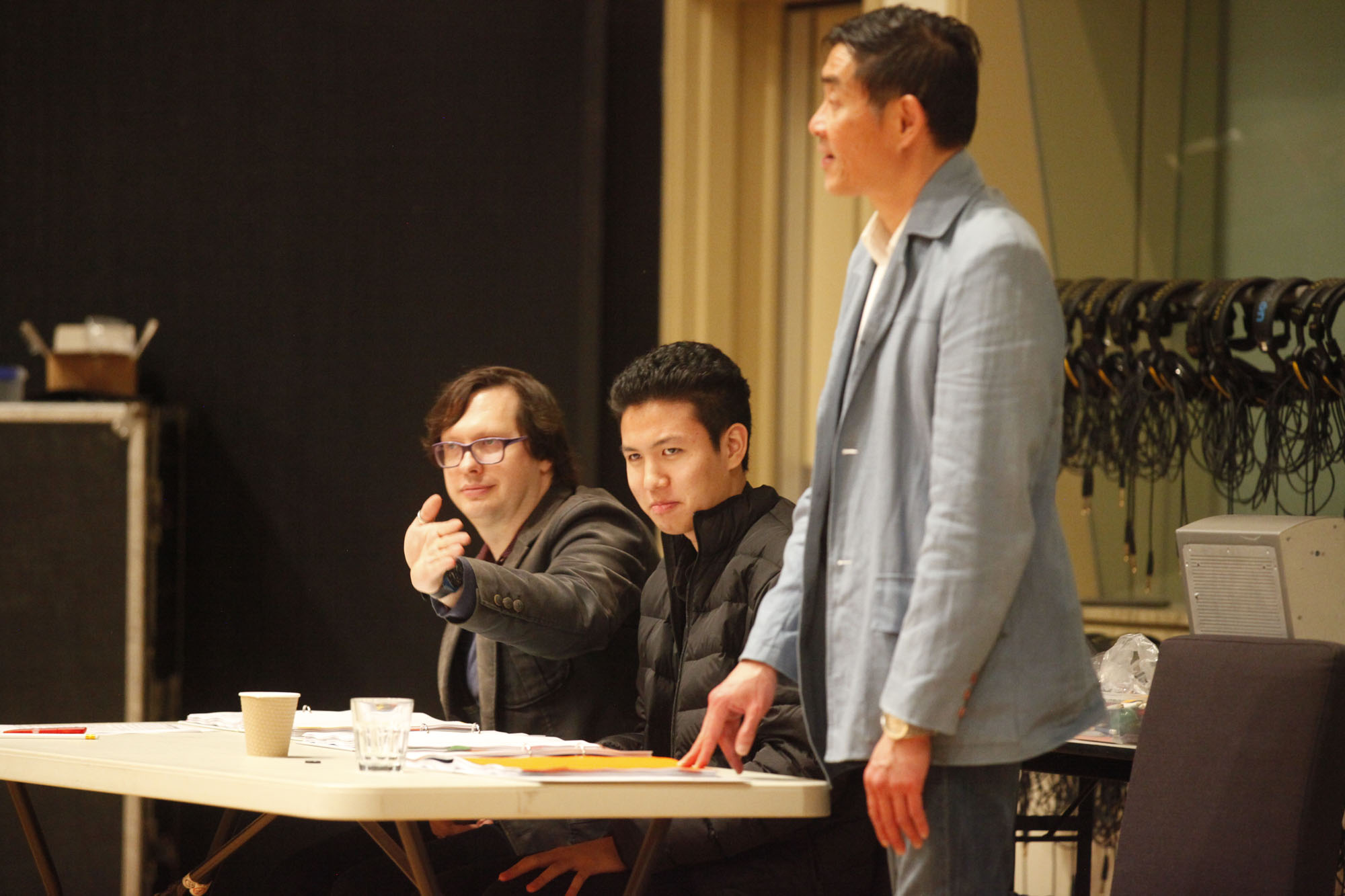 My name is Benjamin Lau, I’m 17 this year and I’m a grade 12 student from Nambour Christian College on the Sunshine Coast. I play cornet, soprano cornet, but the instrument I mainly specialise is trumpet and I’ve been playing it since I was 11. I’ll also be taking my grade 8 AMEB exam for that instrument at the end of this year. Other instruments I been previously taught include drums, piano and singing (all one year each), but I now self-teach singing. I’m a self-taught composer, I don’t have a proper composition mentor/teacher. I only check my compositions with a teacher if it’s an assessment piece for music class at school. I first got into composing when I discovered the Sibelius software in my grade 7 music class. As I played around with the notation software it gradually became a hobby in turn became a passion. Serious composing began last year when I entered this competition for the first time and I’ve also entered the ACMF songwriting competition last year being shortlisted for the instrumental section. I also created a YouTube channel in January called AnotherkindofVibrato uploading compositions and arrangements for fun. I found out about Artology through one of my music teachers at school Mrs Donaldson last year and received a highly commended that year. I played the roles of Pharaoh and Simeon in this year’s school production of Joseph and the Amazing Technicolor Dreamcoat, performed in the school’s wind symphony, stage band, brass ensemble, choir and worship team. Outside of school, I am also a former member of the Sunshine Coast Youth Band playing cornet first then moving to soprano cornet and late last year joined the Calvary Youth (SC) Creative Team as a singer. I taught myself to compose by making use of my perfect pitch ability which I discovered at about the age of 12, listening to a variety of concert band, jazz band and brass band music and looking their scores to get a thorough understanding of the expressions, techniques written on the sheet music. Sometimes I will even listen to orchestral and video game music to develop ideas and bring their influence into my compositions.

First time entering the competition last year, I didn’t put a lot of effort into writing the piece. I only found out about the competition a few weeks before the submission deadline. This year, I wanted to write something personal, a piece that actually means something to me. Last year, I had quite a rough time, receiving disappointment after disappointment: with grades not up to standard, not winning anything from the competitions I entered, not receiving an award on the school’s speech night, I just felt like a complete failure. 2017 was definitely not my year and I was generally not happy with myself. But near the end of the year before I got baptised, I had a feeling that 2018 was going to be different. This year I was going to redeem myself which was where I got the name “Redemption” from. I made sure that this year I wouldn’t lose again and decided to push myself even harder.

So I listened to as many pieces as possible and looked at all the scores I could find on those pieces and analyse them in order to write my fanfare. I only listened to pieces I regularly listen to which are from either brass band, concert band, jazz band, bit of video game and orchestral music but no fanfares. I didn’t even look at the resources page in the Artology website. I did however listen to last year’s fanfares to get a sense of the kind of piece the panel’s looking for. Major influences in the fanfare come from pieces such as Harrison’s Dream by Peter Graham, On the Shoulders of Giants by Peter Graham, Divertimento by Oliver Waespi, Destination Moon by Paul Raphael, Funk Attack by Otto M. Schwarz and one of my own pieces, Anthony’s Ambitions (wind band version), and these are all from concert band or brass band music. There’s also video game influence where I’ve taken various ideas from the music in the video games I’ve played. Generally though, there’s not one specific piece that inspired this fanfare. It is basically a mixture of ideas from pieces I’ve listened to before.