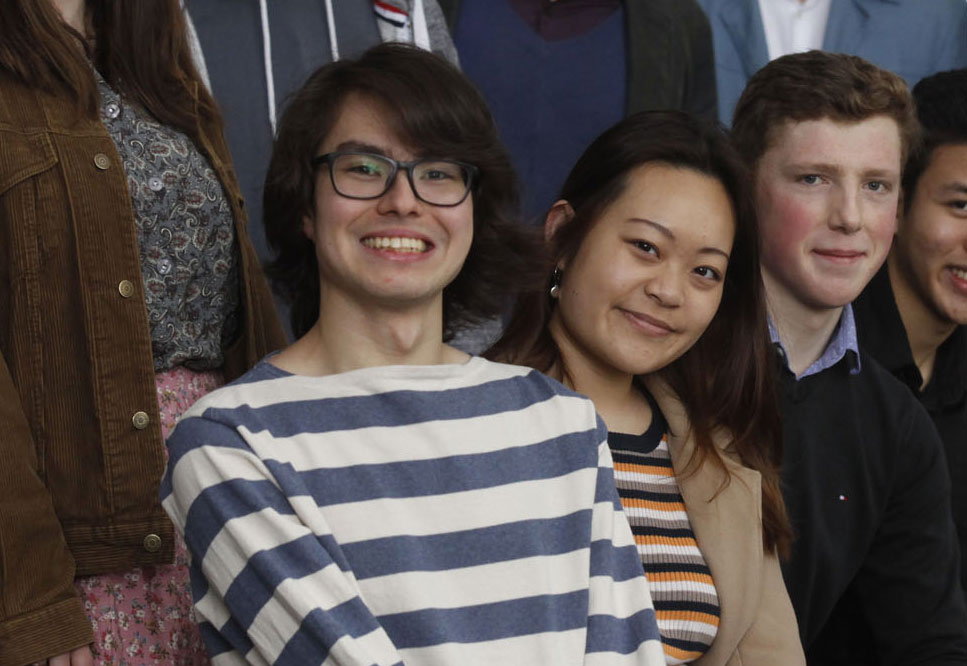 David started learning the violin at the age of 6, and the piano at the age of 7. He demonstrated a keen interest in classical music from an early age, watching and enjoying DVDs of concerts of classics such as Beethoven symphonies. He would later start borrowing scores from the library to peruse while listening. David further developed his passion for music at school, being actively involved in all school-related music ensembles, then giving back by teaching an extra-curricular music class for Year 1s and 2s. David has notably been lead violin for his school’s production of Legally Blonde, and was second chair in the International Schools Choral Music Society Festival Orchestra. He holds a DipABRSM in violin, as well as ABRSM Grade 8 in piano. He began composing independently at the age of 15, at first simply as a hobby. He also greatly enjoys arranging popular music for classical ensembles, and arranging symphonies for smaller chamber ensembles. David currently studies composition at the Sydney Conservatorium of Music, University of Sydney.

My piece began life as a little moto perpetuo, and as with many of my pieces I played around with a few ideas and then shelved the piece. I came back to it when considering my entry for this Fanfare competition, realising that it ticked the boxes for many of the elements you expect to hear in a fanfare. There are punctuated brass, a strong sense of rhythm, woodwind flourishes and lots and lots of percussion (within reason!). I tried to write a tonal piece that would appeal to everyone; as such my inspiration for this piece comes from John Adams’ Short Ride in a Fast Machine and Grand Pianola Music. Although the design of the fanfare, starting and stopping, is clearly felt, the underlying impetus that lies continuously throughout never really stops, and I offer that my love of Steve Reich probably influenced that. As for the other music that I compose, I draw inspiration from a multitude of sources, including the music of Alfred Schnittke, Benjamin Britten and Gustav Mahler. I avidly attend concerts of new music to better understand and learn from the experience.