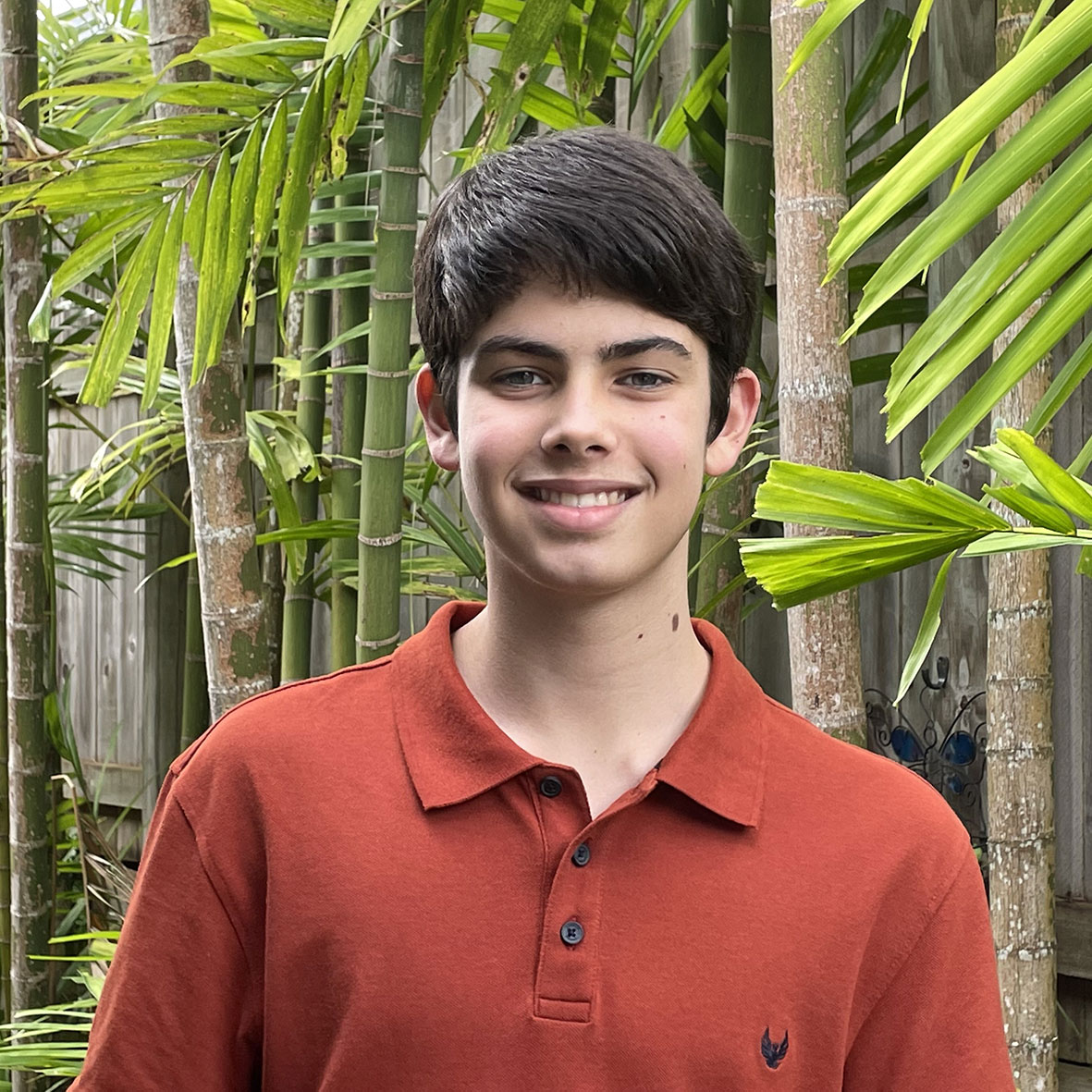 Listen to Jonathan’s original composition submitted with his entry.

TO COUNTRY: Coming of the Rains

Year 9 student, Jonathan Platz, is a first generation musician who didn’t discover his inherent passion for music until 2017 when he joined the school’s instrumental music program.  Over the past four years, Jonathan has been undertaking lessons in piano and clarinet and is currently preparing for his Grade 7 exams with AMEB. He is largely a self-taught composer.

Jonathan’s growing list of works include pieces for solo instruments and small ensembles.  His greatest passion, however, lies in orchestral writing.  In 2020 and 2022, Jonathan received international awards at the Classic Pure Vienna Composition Competition and the Vienna Classical Music Academy’s (VCMA) 2nd International Composition Competition. He has also been the recipient of national awards with the QMTA Gold Coast Teacher’s Group and state awards with ASME Queensland. At the regional level, Jonathan recently received the Senior Instrumentalist Award at the Innisfail Young Performers’ Competition. A number of Jonathan’s string and orchestral pieces have been performed by the North Queensland Chamber Orchestra and Queensland Youth Orchestras. Jonathan currently plays first clarinet with the Atherton Tableland’s Instrumental Music senior band and he has been a participant in the State Honours Ensemble Program (SHEP). He aspires to become a professional composer and conductor.

My To Country piece ‘Coming of the Rains’ is inspired by the seasons as seen through the eyes of the traditional custodians of Tropical North Queensland.  Indigenous seasons are signalled by transitions in the flow of nature and my piece focuses on two of these times in the year – the storm season from late November to December followed by the rain season from late December to March.

To reflect the thunder that is characteristic of the storm season, timpani rolls, trills and the use of forte and marcato passages have been used.  The second part of the piece begins with the flute, oboe and clarinet making a subtle announcement that the rains have arrived. The marimba symbolises droplets of water falling from the leaves. Bird calls from the wind instruments represent the wildlife coming to life and the roll of cymbals capture the hovering mist and refilling of lakes, creeks and rivers. The final chord played by the orchestra symbolises the land being replenished once again.

Having lived in the Atherton Tablelands all my life, I have experienced the wonder of the wet season when nature awakens with its own outdoor orchestra.  As you listen to the piece, try to imagine yourself in the land of the Yidinji people, standing in the rainforests of the Wet Tropics as it bursts forth with life.