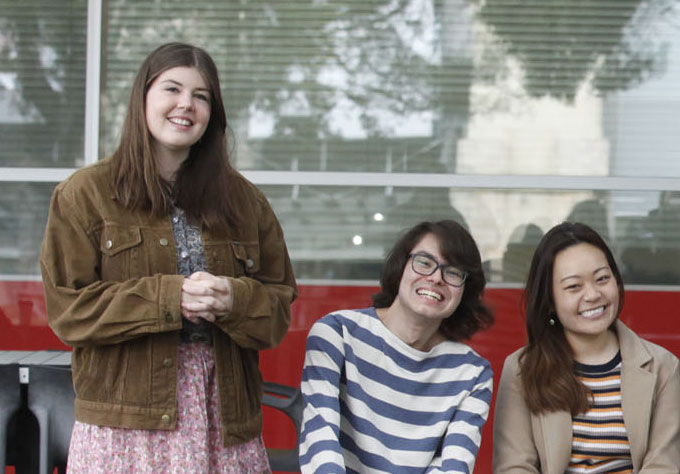 Both scores and compositions written by award-winning, Maddie (Ivy) Hughes, help to create a story. Being a pianist and percussionist from a very early age, her understanding of musical characterisation, interest and ability to write in a wide variety of musical backgrounds generate inspiration for the music she develops. She also had the opportunity to have a Fanfare performed and recorded for Perth Festival. Maddie enjoys to write for orchestral ensembles, jazz-based ensembles, musical theatre and experimental based chamber groups but her central passion is film scoring. She has been working with local and emerging filmmakers and looks to pursue this avenue of music composition. She employs quirks from electroacoustic, contemporary, jazz and classical combinations, which are found in her works. Maddie was the winner of “Best Score” for the Revel8FilmFestival 2017, as well as working alongside the Western Australian Screen Academy with which her scores will be in two short films that are to be televised at the end of this year.

Fanfare Awakening! Was inspired by finding myself being outside on a dark stormy afternoon. I remember being caught in the rain with a friend when we were going to see a show and as hilarious as it was, it left us sopping wet and cold. Remembering this I wrote this short piece based on those feelings I experienced. I was just going about my day and then BAM! a storm comes with raging gusts of wind and rain. It certainly caught my attention, so I thought writing the fanfare based on this would produce a similar effect. Loud, demanding and with whirlwinds of flourishes.

Maddie was the winner of the 2018 ATYP Sound Design Scholarship.