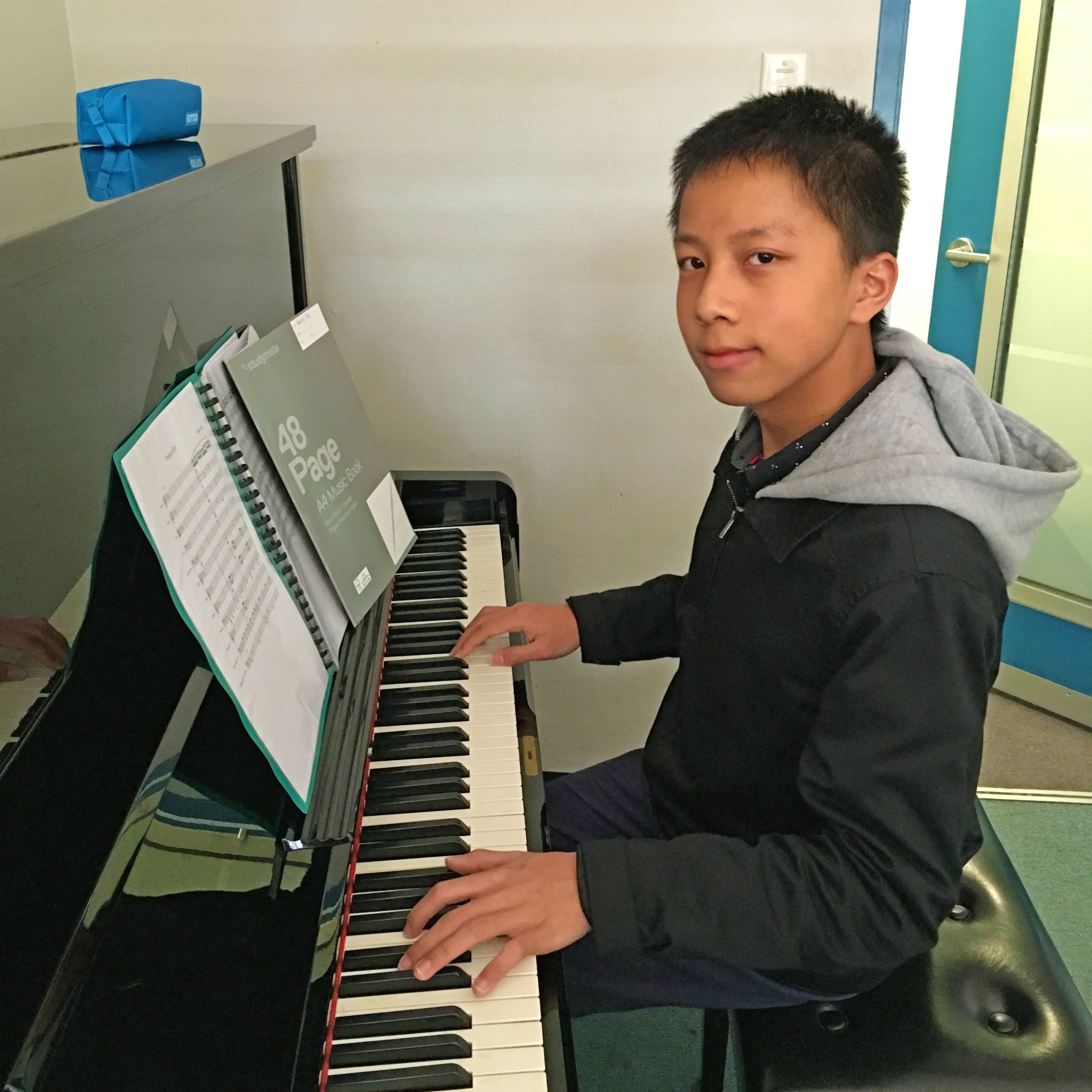 My name is Marcus Kha, I am 15 years old and I am in year 11 at Pembroke School in Adelaide. I have been learning the piano since I was 5 and am now aiming for my AMEB Associate in Music. My current piano teacher is Marianna Grynchuk. I have also been learning the classical guitar with Andras Tuske since I was 8, and am going to do the AMEB Licentiate of Music this year. As well as solo playing, I enjoy playing in ensembles – at school I play piano in two chamber music groups and a guitar ensemble; outside of school I am a member of the South Australian Youth Guitar Ensemble. I have won prizes in both solo and ensemble categories in the Adelaide Eisteddfod competitions. This year I came 1st in 17 years and under guitar solo and 2nd in open age guitar solo. I became interested in composing when I did a unit on it in year 8 music class. Since then I have enjoyed writing many of my own music and have been improving my composition skills. In 2015, I won 1st and 2nd prizes for my compositions in ASME’s Young Composers Awards.

My fanfare began as a very simple tune originally for solo piano, consisting of a repetitive chromatic melody and accompaniment in the bass. However, it was rather catchy and a source of amusement for my friends, especially when I played it again a semitone higher and somewhat faster. Eventually, when I decided to enter the fanfare competition, I expanded the tune for an orchestra and added a new B section. I kept the original chromatic melody in the first violins and the bass in the bassoon and brass, and have also managed to ensure that the remaining instruments all have something to do. After writing the fanfare I also arranged it for clarinet trio – clarinet, cello and piano. This is one of my favourite forms of instrumentation, and one of my school chamber music groups is indeed a clarinet trio – the Incomplete Octet, as we are called. Once again I extended the piece, adding new sections. A piece that is meaningful to me is the second movement of Beethoven’s piano sonata number 24. Beethoven wrote it in 1809, which was not long after a turning point in his life. The French had just invaded his country and he had also begun going deaf. He decided that he no longer wanted to be like Mozart or Haydn and announced that he was going to ‘take a new path.’ From then on his music was highly revolutionary and began the transition to the Romantic Era. This is very clear in this piece, with its chromaticism, weird key signatures and drastic fluctuations in character. I found it amusing but also very clever and ahead of its time. I hope to someday write something like it.