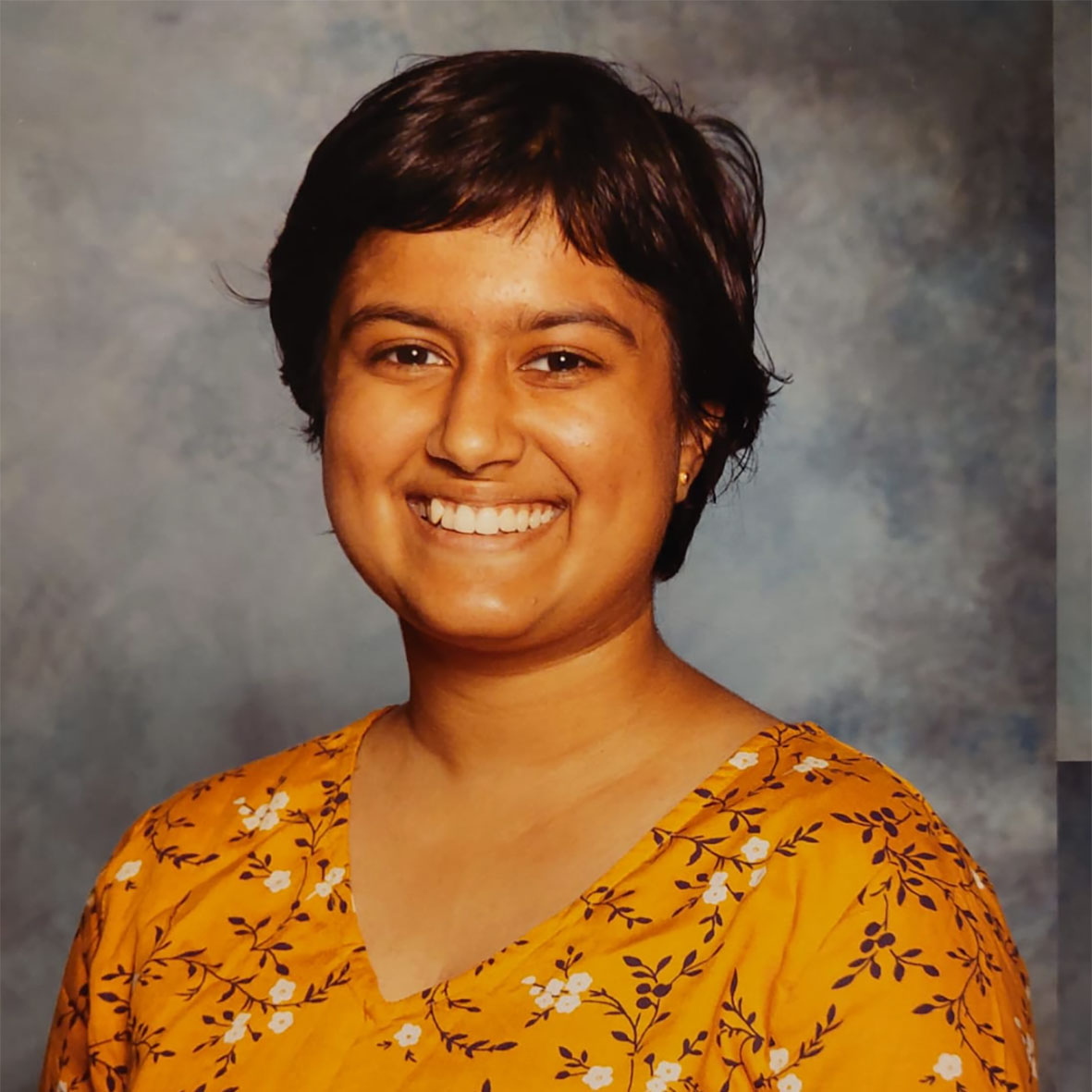 Listen to Neeharika’s original composition submitted with her entry.

TO COUNTRY: Respect the Land

Neeharika Shyju started her musical journey through learning Indian Classical Music since she was 5 years old. She has participated in many vocal competitions and won prizes, the most recent one being the 2022 Ringwood Eisteddfod in Melbourne. At present, she learns Western Classical Voice in the Victorian College of the Arts Secondary School, taking up Composition as her second study along with it. Along with music, she also takes part in other activities such as debating and speech, which she finds as valuable skills for a performer. Neeharika started composition fairly recently, having picked up the interest during the lockdown period. Although she enjoys various genres of music, she’s currently focusing on Classical Music compositions. Her first piece ‘A Day in the Graveyard’, was written for flute and piano. Since then, she has been working on improving her compositional skills by writing for different kinds of ensembles, and has currently placed her focus into short orchestral works. Neeharika focuses on creating a visual image and atmosphere through music, and finds inspiration from different artworks, novels and everyday experiences. Neeharika intends to tell a story through the compositions, emphasising on certain elements and emotions in the music.

Neeharika’s composition ‘Respect the Land’, was inspired by different Indigenous artworks that she saw, reflecting the Aboriginal culture and beliefs. She immensely admires the rich and diverse culture around the artworks itself. With a diverse range of themes, the spiritual relationship between the Indigenous and the native Australian land was one of the recurring themes that was witnessed. Over time, the landscape has gone through huge changes, mainly with new infrastructure replacing the Australian lands and waters, resulting in habitat loss and land clearing. This has resulted in the endangerment of some native species and vegetation, as well as affecting the Aboriginal culture.

Neeharika intends on not only capturing the image of the Australian landscape, but also bringing out the emotional impact this has on the community- the cries of help to be protected. The moderately slow tempo gives a sombre character, with each instrument giving out their own individuality in the piece. This represents the various people of the Indigenous community, as well as the flora and fauna affected by these drastic changes. Through this piece, Neeharika wishes to spread the message on keeping the balance of change, whilst keeping the roots of the rich Aboroginal culture intact.