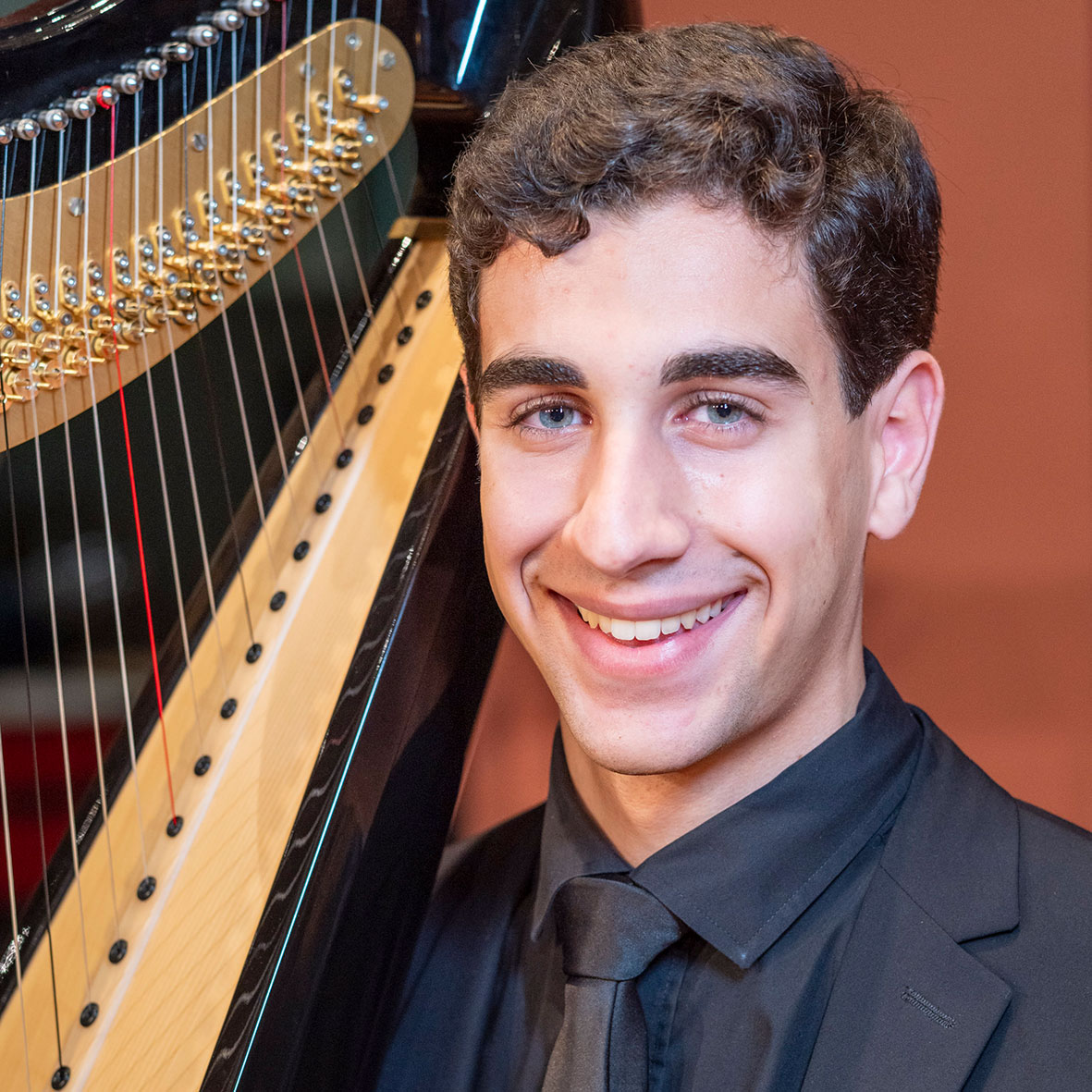 Listen to Paul’s original composition submitted with his entry.

Paul Nicolaou is an emerging multi-instrumentalist and composer based in Sydney, Australia.

Paul is in his first year completing a Bachelor of Music (Performance) majoring in Classical Harp at the Sydney Conservatorium of Music under the tutelage of internationally celebrated harpist Alice Giles. Beginning his musical studies at the age of 5, he pursued piano followed by violin soon after, and continued these throughout high school. After commencing harp at age 16 with American-Australian Harpist Emily Granger, Paul now performs as Principal Harpist of The Sydney Youth Orchestra (SYO) and Harpist of the Australian Youth Orchestra (AYO) 2022. Paul has since been accepted to study at the highly prestigious Manhattan School of Music in New York.

In addition to his performance studies, Paul is a successful emerging composer. Throughout primary school he showed a strong interest in composition, and in 2016 at the age of 12, his work for String Quintet was shortlisted in the Australian Children’s Music Foundation’s (ACMF) National Songwriting Competition – Instrumental Division Years 7 – 12. In 2021 at 18 years old, Paul was awarded the Monash University Emerging Composer Prize, open to those who have a passion for composition and are 21 years of age or younger. Additionally, Paul was one of four emerging composers from around Australia between ages 16 and 30 to be selected to participate in AYO’s 2022 Composition Program in Melbourne under the tutelage of Anne Cawrse, being the youngest participant that year.

When hearing the word ‘Fanfare’, we often associate this with typical conventions of a ceremonial entrance tune, featuring majestic brass and warm major chords. I wanted to create a work which escaped the traditional boundaries of these conventions, and felt inspired to do so by incorporating musical elements of my Greek-Cypriot background, and surrounding Eastern music.

I sought to create a work which still performs the same purpose of a traditional fanfare – a short piece of music designed to capture the attention of audiences, however infused with the music of my cultural heritage.

Following a short rhythmic introduction, the entrance of the first melody features harmonies and modality commonly found in Middle Eastern music, with the flattened and raised second and third scale degrees respectively. After hearing this haunting melody, the orchestra then breaks into a sequence of unpredictable time signature changes – a dance. This section is inspired by my experiences growing up surrounded by Greek dancing. Rather than the music religiously following one particular traditional dance, I’ve incorporated several elements of different Greek dances; the 7/8 bars reminiscent of the Kalamatianos, and the powerful 2/4 bars evoking a room full of joyful dancers performing two energetic stomps.