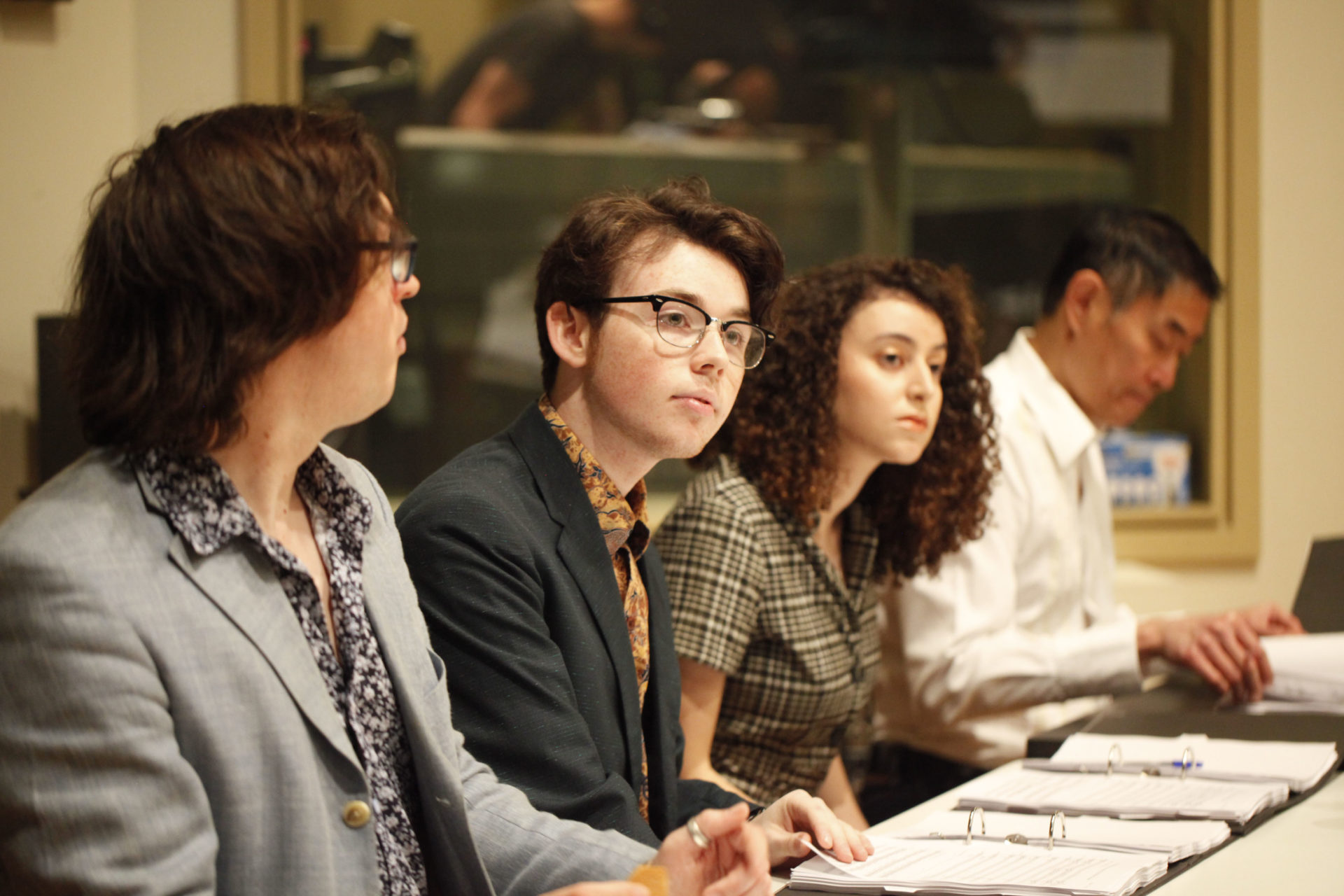 Composition: The Beginnings of a Journey

Australian Youth Orchestra recording of The Beginning’s of a Journey.

Sebastian started his musical journey with percussion, gaining a place at Griffith University’s Young Conservatorium, which allowed him to perform in many ensembles and orchestras, and become a representative of the Young Conservatorium on multiple journeys to the UK and USA. His school’s pipeband utilised his percussion expertise where he played with the school at the World Championships (achieving third place – Novice A), winning the Australian Championships (Grade 4) and performing at the Edinburg Military Tattoo for five weeks. Experimenting with various musical styles, he managed to compete successfully in several competitions, including a first (and second) place in the ASME’s Young Composers’ Competition in the Electronic/Film Music category, and his band winning the inaugural Darren Middleton Song Writing competition. In the last year, and under the guidance of Gerard Brophy, he composed and conducted the score for his school’s adaptation of Hamlet, plus two songs for the premiere of M. Ryan’s new play: Brisbane, the young conservatorium played his first symphony piece and has received his first independent commissions.

The inspiration for The Beginnings of a Journey came through the philosophy of melody and my own journey into composition. I felt it represented who I was based on the parameters of the brief. I normally compose larger, thematic pieces, but the Artology competition tested my abilities to write a requirements-based work that challenged my comprehension and creativity within set guidelines and expectations. Listening to the examples on the website proved particularly useful in giving a direction to style and theme, and a quick analysis of previous winners assisted with understanding the breadth of submissions. I caught the sun rise over Brisbane one morning and the inspiration blossomed. The Beginnings of a Journey starts with a significant moment, then using driving rhythmic forces, escalates the piece to a crescendo – just as the sun rose and life ignited in the city. Once I’d grasped the outline of the piece, it came together quickly with a few tweaks to get it to its final form. Since then, it has inspired new pieces that challenge who I am and what I write.