Congratulations to everyone who entered the competition this year.

We are pleased to announce the following eight young people who will participate in the Fanfare workshop sessions to have their compositions refined and finally recorded by the fabulous Australian Youth Orchestra and then broadcast at venues around Australia.

In no particular order the selected eight are:

We wish to commend a number of young people on their Fanfares as there were many compositions short-listed and each ranked very highly with the judging panel.

Good luck with your studies an we hope you will consider entering the competition again.

If you weren’t selected this year and would like to discuss your Fanfare with us – attend our mentor workshop session.

We will be holding a session in July if you are interested in discussing your work with our mentor composers Nick Vines and Lyle Chan. If you live outside of the Sydney CBD and would like to attend we can make arrangements to Skype you into the session.

To reserve a place email: philippa@artology.org.au

Where will you hear the fanfares in 2018? 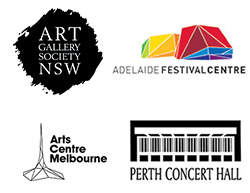 In 2018, you will be hearing the fanfares in more fine venues around Australia – isn’t that amazing!

We are pleased to be partnering with the Art Gallery Society of NSW, the Adelaide Festival Centre, the Arts Centre Melbourne and the Perth Concert Hall to extend the reach of the program and have the works heard by many more people around Australia.