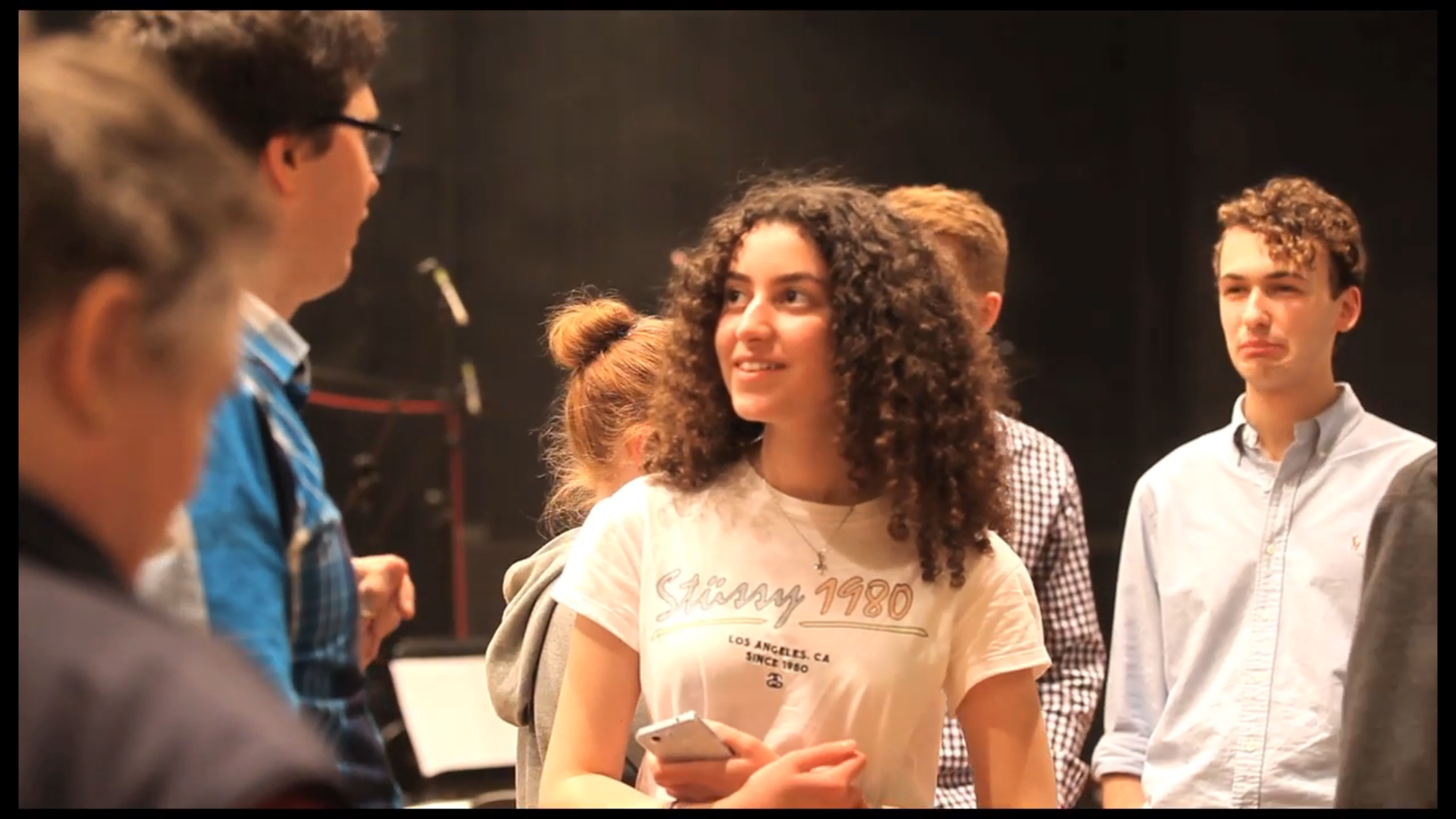 My name is Chrysoulla Markoulli and I am of Greek-Cypriot heritage, born and raised in Sydney. I am 19 years of age, currently studying a music/ bachelor of education. My musical journey began when I started playing the piano at the age of eight. When practicing, I would often take breaks to improvise on the piano. I think it was improvisation, that first ignited my desire to create music as an expression of my feelings and thoughts. During high school, music became the subject I enjoyed most. In listening to music more broadly, I

developed a fondness for Greek music and the film music of the French composer Yann Tiersen. When it came to choosing what I wanted to study at university, it was clear that music was the pathway I wanted to follow. I also decided to pick up the bouzouki, to further my instrumental repertoire. I am now in my second year of study at university, specialising in composition, with the ultimate dream of becoming a film composer.

I was introduced to the fanfare competition by my mentor and music teacher Henrique Dib. The prospect of having a composition of mine played in the iconic Opera House, the musical centre of Sydney, by a full orchestra seemed like a dream. So, I decided to give it a shot. Having little previous exposure to fanfares, I began my creative process by listening to other Fanfares. Over a few weeks, I sat at the piano, barely coming up with ideas that worked, struggling to write the first few notes of my fanfare. Then finally, after much fumbling around the keys, one day a burst of ideas came to me, hence the name of my fanfare, The Epiphany. In writing this composition I have brought my passion for film music into every note on the page. I often find myself lost in the film music of composers and I would have to say that they are my source of inspiration.

I have written my fanfare in the time signature of 5/8, using a 3, 2 grouping. This was inspired by Oi Xartaetoi (The Kites), composed by the greek composer, Mikis Theodorakis. This work was the first to really draw my attention to the 5/8 feel with its very clear 3, 2 grouping. In wanted my fanfare to incorporate elements of unexpectedness and excitement like in Alan Silvestri’s Back to the Future. The dominant bass drum and timpani sections in Alan Silvestri’s The Mummy, Night in the Museum and Van Helsing, inspired me to incorporate a bass drum and timpani section. My decision to use tubular bells in my fanfare was inspired by Alan Silvestri’s use of tubular bells Van Helsing. I also wanted to incorporate warm, smooth string lines, as I was inspired by the rich string lines in Alan Silvestri’s The Mummy. Once ideas come you tend to go through a long frustrating process of experimenting, trial and error, but at the same time by overcoming a set of challenges, the creative process is also enjoyable, particularly when all your ideas start to come together to shape the final product. The Epiphany is a representation of the creative process and the individuality of each and every creator and also has a personal meaning behind it, in that I have come to the realisation of what I want to pursue as a musician; and to become a film composer. In listening to my fanfare, I hope that you will be taken on a journey through my creative thought process.

Chrysoulla was the winner of the 2016 ATYP Sound Design Scholarship.