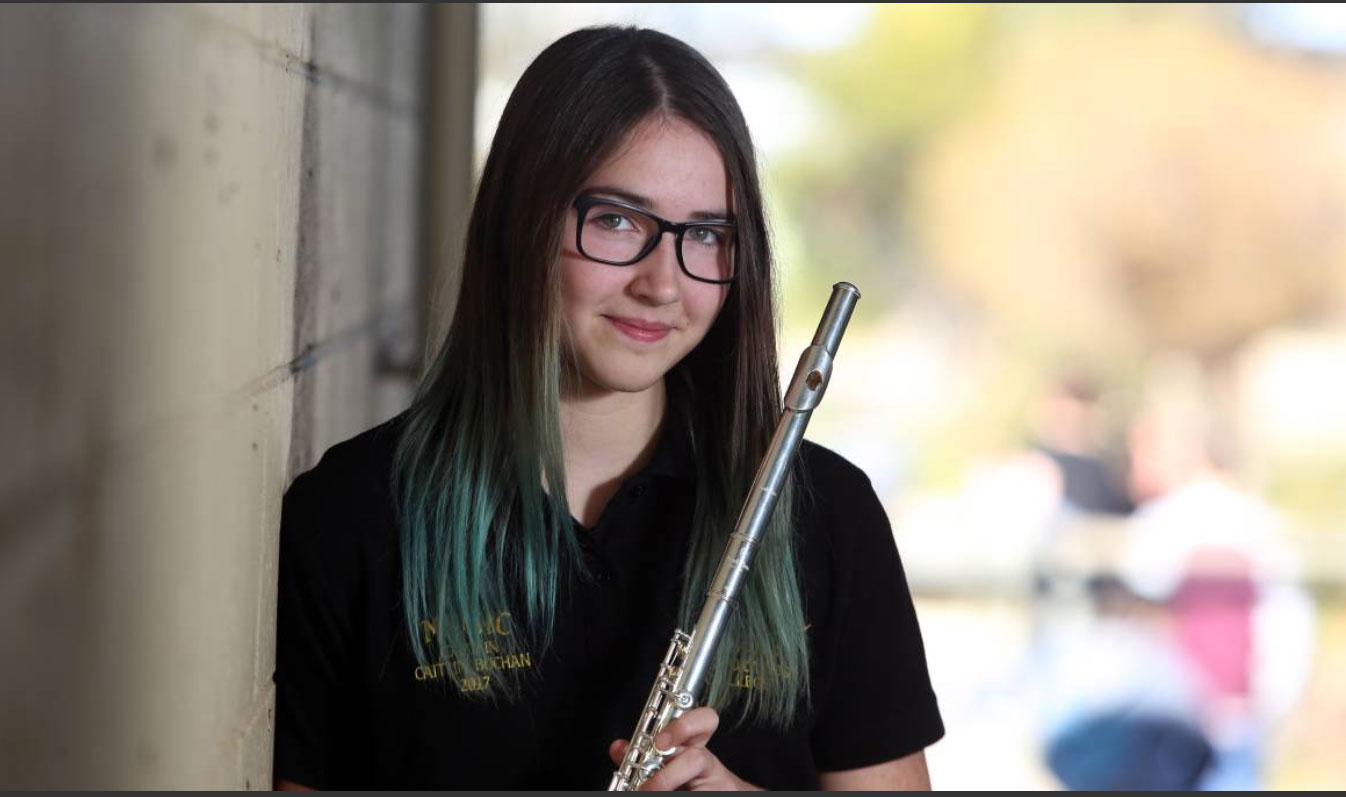 Caitlin Buchan has been recognised for her talent as a composer.

The 15-year-old Bendigo South East College student was one of eight teen composers selected as a winner in the 2017-18 Fanfare Competition.

“I hoped it would (be selected) because I thought I did a good job, so when I found out I was really excited,” she said. “It is a 30-second fanfare for a small orchestra.”

“You have to try different things. I accidentally gave it an Egyptian theme when I was mucking around with it,” she said.

“When you have an idea, you can run with it and it’s not usually what you thought it would be at the start.”

Caitlin will work with industry professionals to refine her work before the Australian Youth Orchestra record it. The student’s fanfares will be used as the audience cue bell in concert halls across Australia.

REVIEW : IN SHORT, QUITE AN ACHIEVEMENT [0717]
Scroll to top